Yuba is referred to as "tofu skin" that forms on top of boiled soy milk. While it may not sound appealing, yuba is silky and slightly sweet. Plus, it is high in protein and iron! Yuba cuisine is an excellent choice for vegetarians who'd like to experience traditional Japanese cuisine.
This yuba specialty restaurant is a great place to try this unique health food. We recommend trying the yuba dipped in hot pot or yuba sashimi. 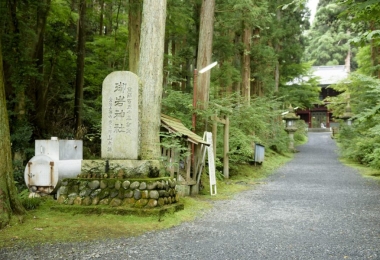 While the exact age of Oiwa Shrine is unknown, the presence of religious remains from the Jomon Era (around 3500-4500 years ago) appears to have occurred here from ancient times. The shrine is also mentioned in "Hitachi no Fudoki," one of Japan's oldest literary texts. It refers to the shrine by its former name of "Yamakabire no Takamine" and describes it as a sacred site built to honor the deities in the mountainous area.

Fukuroda Falls is ranked among Japan’s "Three Great Waterfalls." A visit here will quickly reveal why. Water cascades over four levels of the rocky cliff face, earning it the nickname "Yondo no Taki" (four times waterfalls).
In autumn, the falls are breathtaking when the fiery foliage transforms the surrounding mountains. But if you can’t make it in autumn, don’t worry! In winter, the waterfall freezes over in a stunning icy spectacle. In the summertime, the cool spray of the rushing water makes them a great place to escape the heat.
The Fukuroda Falls area is where several beginner-friendly hiking trails begin. It's a great way to explore more of northern Ibaraki’s stunning mountains.
If hiking isn’t your thing, head to one of the soba noodle restaurants or souvenir shops at the base of the falls. You can even sample the area’s famous apple pie!

Hanazono Gorge is a well-known spot to admire Japan's famous fall foliage. It is also a designated national park by the Ibaraki Prefectural Government. During autumn, the falling leaves are carried gently away by the Hanazono River—a must-see sight when visiting Ibaraki during this season.
Located at the base of the gorge, Hanazono Shrine is ideal for resting during a walk around the area.

Ibaraki Prefecture is a treasure trove of beautiful nature and tasty ingredients, including wagyu beef and vegetables. It's also the perfect place to enjoy camping and a barbecue on a day trip from Tokyo. This article will introduce ten camping spots with BBQ facilities in Ibaraki. 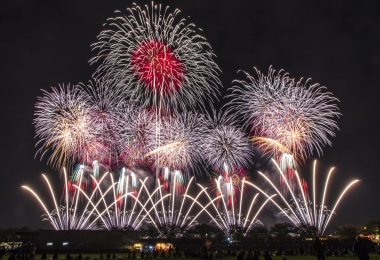