This beach is popular among families because protective walls enclose the ocean. A whale-shaped slide affectionately known as "Dai-chan" is located in the bay and loved by children and adults alike! 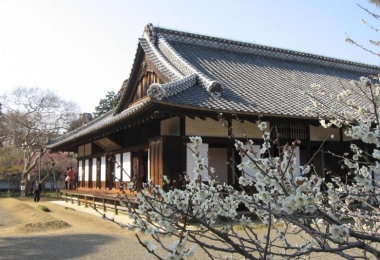 Mentai Park merges a mini-museum, souvenir shop, and cafe with the Kanefuku Mentai Factory site in Oarai. "Mentai" or "mentaiko" refers to marinated cod roe, a popular food in Japan featured in everything from pasta sauce, mayonnaise, and onigiri rice balls!
At Mentai Park, visitors can observe the production process and sample food made with mentaiko, including snacks like onigiri and ice cream! In the souvenir shop, purchase some mentaiko to take home or snag a giant mentaiko plushy of Tarapiyo, the company's mascot. 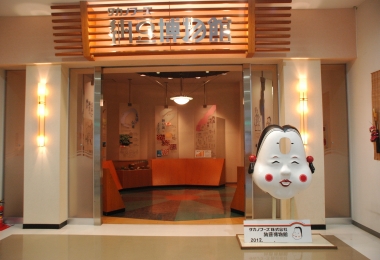 Natto, or fermented soybeans, originates from Ibaraki and is typically eaten throughout Japan at breakfast time. Although characterized by its pungent smell, this fermented product has made headlines overseas for its health properties.
The Natto Museum is attached to the Takano Foods Factory, a famous natto manufacturer. Visitors can learn about the origin of natto and notable historical events related to natto consumption in Japan. Likewise, museum-goers can discover other fermented soybean products from around the world. 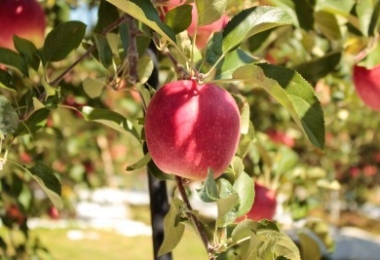 September to November is Autumn harvest time in Ibaraki, the perfect time to enjoy picking your own sweet and juicy apples straight from the tree at one of Ibaraki's many apple orchards. Temperatures between 6° and 14° are best suited to growing apples, and Ibaraki fits this criteria perfectly thanks to the wide varitation in daily temperatures. Within the prefecture, the north-western town of Daigo is known for producing delicious 'Okukuji Apples'. As well as having the perfect climate for growing apples, orchards in Daigo make sure to let their apples ripen on the tree before harvesting to get the best flavour. Head to Daigo to pick your own Okukuji Apples and find out just what all the fuss is about!